The z-order is only relevant of there are overlapping zones in the layout.

The layout has three separate layers and a z-order within each layer.

The image below shows two overlapping zones, the "purple" zone has a high z-order number than the "blue" zone, so it will be on top. 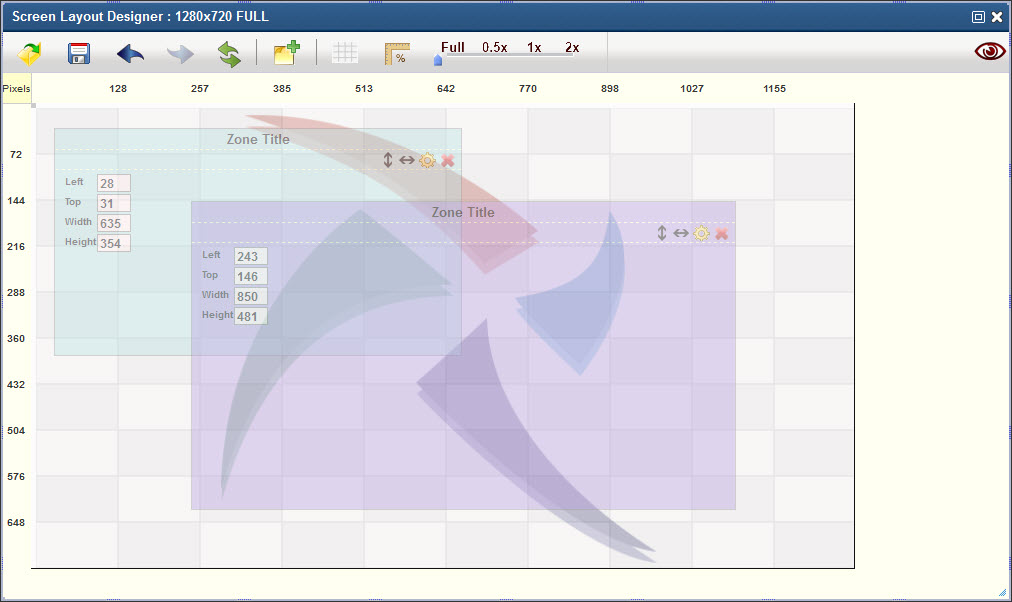