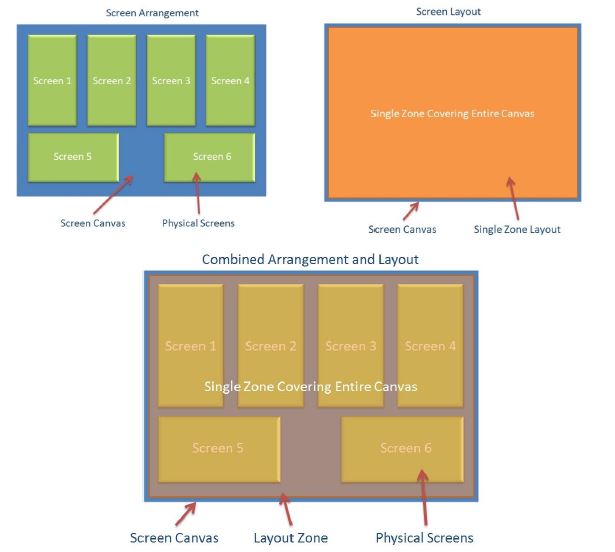 If a media asset (video/image) is programmed to play in this single zone, the sections without the screens defined will be cut-out. Below is an example image with playback results using the above arrangement example and single zone layout.